Iain Reeve and his wife Cassandra Sclauzero moved from rental home to rental home in Vancouver. Then they moved to Ottawa and bought two houses.


VANCOUVER — Iain Reeve and his wife moved from rental home to rental home in Vancouver but their final solution for secure housing was to move to Ottawa and buy two houses — one for them and another for his parents.

He and his wife, Cassandra Sclauzero, are professionals in their mid-30s who wanted to start a family but they couldn't afford to buy in the city.

"We wanted to own a home to have stability, and peace of mind and flexibility," Reeve said.

"The rental market didn't have stability. We both had settled into pretty good first jobs. But as much as we loved the city and had these connections it wasn't worth it." 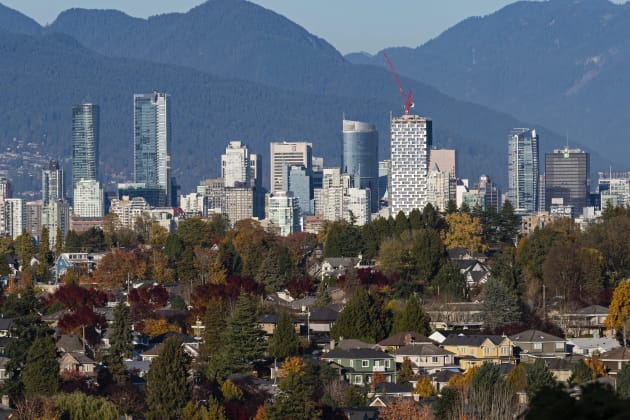 They were "kicked out" of a few places in three years through no fault of their own, he said, adding that it was because people were selling or flipping properties.

Reeve grew up and went to university in Vancouver.

"I also have parents who live in the Vancouver area who don't own a home and are working class and not a ton of money saved for retirement, and I'm an only child," he said. "We just couldn't even get our foot in the door in terms of stable housing."

Reeve said he knows a number of people who are thinking of moving out of the city simply because of the housing market.

"Life is challenging enough, it's so hard when you have (housing) insecurity all the time."

'The labour pool has options'

Statistics show that Vancouver, and B.C. generally, is losing skilled workers to other parts of the country.

CMHC spokesman Leonard Catling said one of the main reasons people between the ages of 21 and 25 come to Metro Vancouver is for university but they move out as they get older.

A December news release from Statistics Canada shows that B.C.'s population crossed the five million mark for the first time because of international migration.

However, it lost about 1,200 people to other provinces in the third quarter of 2018 after 21 quarters of gains. Ontario, Alberta and Nova Scotia had the largest gains in population from other provinces.

Andy Yan, director of the City Program at Simon Fraser University, said Vancouver is mostly able to attract people early in their careers, whether they come for education or a job, but it has a problem retaining talent.

Even if they earn a relatively high wage, he said they can't afford anything except condominiums.

"In a world like that, the labour pool has options," he said, noting that other provinces offer much more housing for their salaries. 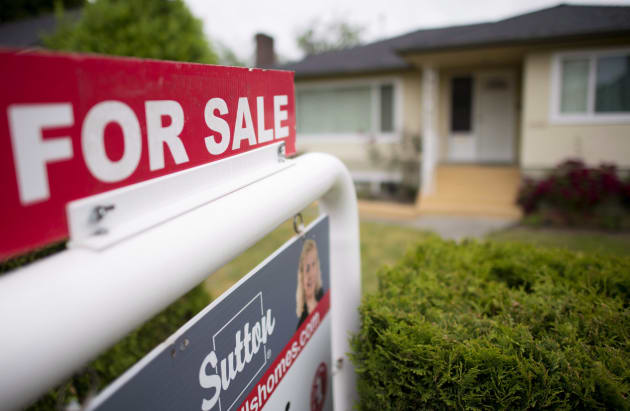 Finance Minister Carole James said in an interview "there's no question that Vancouver is facing a brain drain."

"Crisis is not too strong a word to describe the challenges we are facing, not just in Vancouver, but other urban settings around our province," she said.

In her budget speech last year, she said young professionals are moving out of the province because they can't find housing.

Yan said Vancouver is losing people in certain age groups. Those between 35 and 45 are usually at the apex of their careers and thinking about their first or second child. But they might find themselves still having to share housing if they stay in Vancouver, he said.

"It doesn't become cool when you're 37 and have a roommate."

Crisis is not too strong a word to describe the challenges we are facing.
--Carole James, Finance Minister


In its December report on the housing market, the Real Estate Board of Greater Vancouver pegged the average price of a detached home at a little more than $1 million. An apartment was about $664,100 and an attached home stood at about $809,700.

Figures from BC Assessment, the Crown agency that develops and maintains property assessments in the province, show the housing market is moderating with estimated value of some homes in Metro Vancouver dropping about 10 per cent.

Nationally, experts have said higher interest rates and a new mortgage stress test have also had an impact on property prices across the country.

Yan said despite those changes housing in the Vancouver area remains unaffordable.

'You wouldn't want to move here if you have a family'

Kevin Olenick, who is in his mid-40s, moved back to Vancouver earlier this year. He grew up in Calgary and spent about six months in Kamloops.

"I'm one of the minority who would say moving back here makes sense," he said, adding that the creative field he works in provides for more opportunities in Vancouver than in other places.

But he said he understands the challenges of living in Vancouver.

"You wouldn't want to move here if you have a family. It's especially tough to find a home and buy a home," he said. "I'm renting ... but if you're looking to start a family I can certainly understand why you're moving out of Vancouver."

B.C. Ministry of Housing spokeswoman Melanie Kilpatrick said the government has announced measures that are helping to cool the real estate market and moderate prices with a 30-point housing plan.

Yan said that a study he did in 2018 shows that while home prices in Metro Vancouver were still the highest in Canada, median household income was the lowest. The study also showed that Vancouver remained the least affordable city in the country.

Since Great Recession Since both ownership and rental is becoming more and more difficult, other problems with the labour force are becoming clearer, he said.

James said the government is aware of the problem and working on it.

Jas Johal, the jobs critic for the B.C. Liberal party, said the NDP government needs to focus on increasing the supply of housing, not taxes.

The NDP government has limited rent increases to 2.5 per cent per year, starting this month. A speculation and vacancy tax was also introduced, aimed at moderating the housing market and creating more homes for renters.

But Yan said neither the speculation tax nor the vacancy tax will make much of a difference and if the city continues to lose workers it will lose its competitive edge.

"And I think that one of the biggest challenges is that how do you build an economy — one that's knowledge based — when that population seems to be leaving the city?"