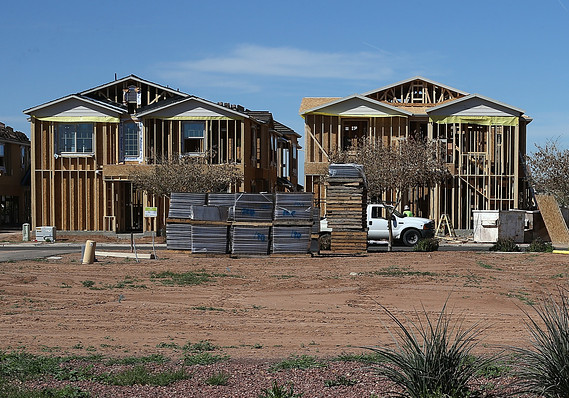 Sales of new U.S. single-family homes rose to their highest level in nearly five years in May, confirming the housing market's strengthening tone.

The Commerce Department said on Tuesday sales increased 2.1 percent to a seasonally adjusted annual rate of 476,000 units - the highest level since July 2008. It was the third straight month of gains in new home sales.

Home sales data will be closely watched in the coming months for signs of strain from the rise in mortgage rates.

The housing market recovery, which is helping to soften the blow on the economy from tight fiscal policy, has been largely driven by record-low mortgage rates, thanks to the Federal Reserve's generous monetary stimulus.

The Fed last week said it expected to start slowing the pace of its bond-buying program later this year, bringing it to a halt around the middle of 2014. That has pushed up mortgage rates, which had already been rising since early May.

Economists do not believe the increase in mortgage rates is sufficient to undo the housing market recovery. Data last week showed confidence among home builders spiked to a seven-year high in June and they were upbeat about sales over the next six months and prospective buyer traffic.

Last month, the inventory of new homes on the market increased 2.5 percent to 161,000 - the highest since August 2011 - as builders ramp up production to meet the growing demand.

At May's sales pace it would take 4.1 months to clear the houses on the market, up from 4.0 months in April. A supply of 6.0 months is normally considered as a healthy balance between supply and demand.

Sales last month were up in the Northeast, Midwest and West. They fell in the South. Sales in the Midwest were the highest since November 2007.