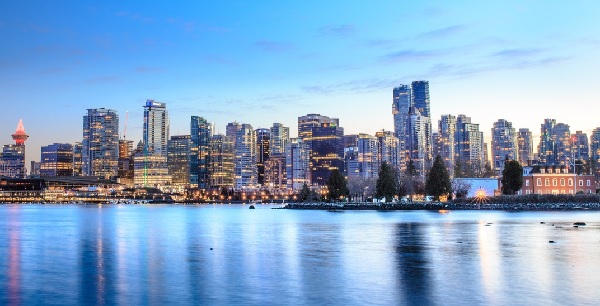 Property sales plummeted across the Lower Mainland in June

Home sales are down across the Lower Mainland and for the first time in two years the composite benchmark price of a home in Metro Vancouver is below $1 million.

While there are numerous factors like new taxes and the mortgage stress test playing a role, there's also a human element.

"What we're seeing the most is buyers on this side and sellers on this side having a really tough time aligning expectations," said Ashley Smith, president of the REGBV.

"Sellers are seeing extraordinary sale prices from years past and they have a certain price point in mind and buyers, they don't want to pay it. They know the market has slowed down."

According to data from the REBGV, residential home sales in that region were down 14.4 per cent compared to June 2018. The data shows a total of 2,077 homes sold in Greater Vancouver in June 2019, down from the reported 2,425 home sales during the same month last year.

Sales were also down 21.3 per cent between May and June, with REBGV reporting 561 more homes selling in May 2019 than just one month later.

"The Fraser Valley market is still adjusting to the federal government's new mortgage requirements and to the provincial government's speculation and vacancy taxes," said Darin Germyn, president of the FVREB in a statement.

Prices in the Fraser Valley have also gone down since June 2018. Single detached home prices dropped 6.1 per cent, apartment prices decreased 9.6 per cent, and prices for townhomes went down 5.9 per cent.

However it's still not enough, according to University of British Columbia economist Tom Davidoff.

"We're not even into buyers market territory by standard definitions for a lot of the market, so it's weaker than it has been but there's still transactions, this is not a catastrophe yet," he said.

For the first time since May 2017, the composite benchmark price for all residential properties in Greater Vancouver is below $1 million and is currently $998,700 On the supply side, there were 4,751 newly listed properties on the Multiple Listing Service (MLS) in Greater Vancouver in June 2019. In the Fraser Valley region, the FVREB received 2,810 new listings last month.